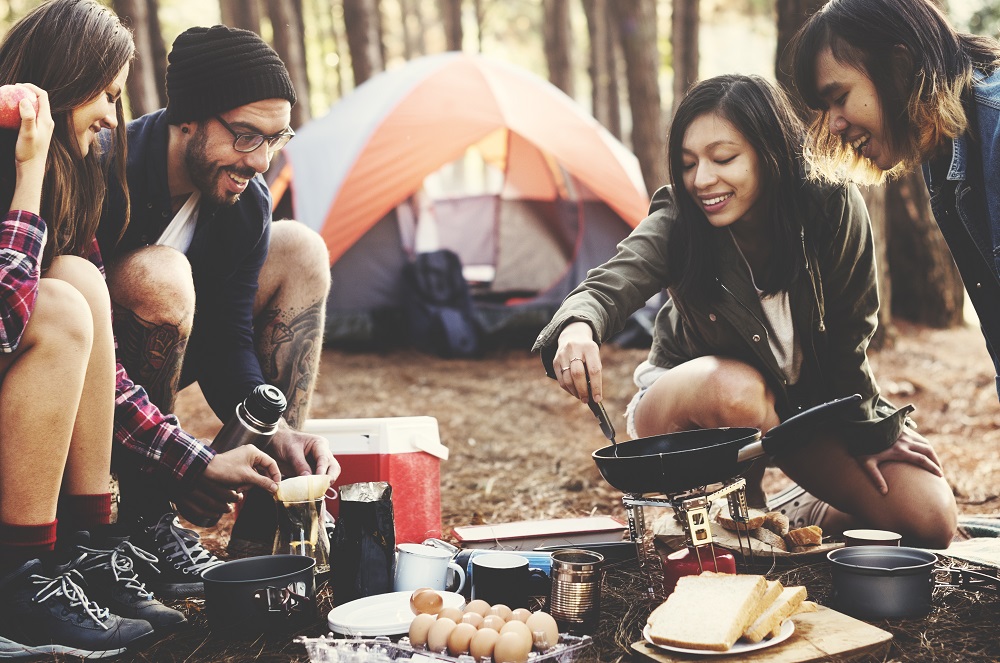 Unless you have the monetary means to jet off to Mustique (the ultra-swanky private island in St. Vincent and the Grenadines), then one might need to consider safety when traveling to the Caribbean. Crime is more prevalent than some realize, and even though violence rarely touches the nearly 26 million tourists who go there every year, incidents (mostly petty crimes) can happen anywhere and at anytime. Online research shows that — while generally nonetheless safe — popular destinations like the Bahamas, Jamaica, St. Lucia, and Trinidad and Tobago seem to have more criminal activity than others Caribbean islands.

The islands that make this list of the safest in the Caribbean, on the other hand, are consistently rated among travel websites as the safest and most secure for tourists. Of course, it’s always a good idea to look for updated government-issued advisories before booking a vacation — and follow standard safety precautions when in unfamiliar surroundings, especially at night. But these eight travel destinations are some of the safest in the Caribbean for travelers right now.

This British Overseas Territory — southeast of the Bahamas — includes 40 islands and cays, only 12 of which are inhabited by roughly 31,000 residents — a stark contrast to the 450,000 annual tourists who visit by plane, not to mention 650,000 cruise ship tourists arriving to Grand Turk Cruise Port each year. So it should come as no surprise that protecting tourists is a major government priority.

Turks and Caicos is a popular vacation spot for water enthusiasts due to its gentle turquoise waves and average year-round temperature of 85 degrees, with little rain, and rare hurricanes. Providenciales is home of 12-mile-long Grace Bay Beach, which Conde Nast calls the “Best Beach of all Tropical Islands in the World,” particularly known for sunsets.

Crime here is minimal, but it can happen in rental villas. Frommer’s website states: “The TCI has long been one of the safest places to live and visit in the Caribbean, but the recession has brought with it something entirely new to these islands: unemployment. Crime is minimal in the islands — the locals, used to a world of unlocked doors, are deeply offended when someone resorts to robbing people of their possessions — but petty theft does take place, so protect your valuables, money, and cameras.” However, the slight peak in crime caused by the recession was back in 2014; at that time, the U.S. Embassy in Nassau released a message about the uptick in crime, but the U.S. State Department never issued a travel advisory or warning. Over the past couple of years, crime in Turks and Caicos has subsided. Today, the U.S. State Department reports, “The overall crime rate in the Turks and Caicos Islands is relatively low and crimes typically involve opportunistic petty theft.”

Anguilla, like many of its neighboring islands, has experienced a growth spurt in the last few decades with the rise of upscale accommodations like the Viceroy, pictured here. While this British Overseas Territory depends on luxury tourism — the rich and famous, like Jennifer Aniston and Jimmy Buffet, frequently travel to Anguilla — it hasn’t lost its charm or relaxed authenticity. There are miles of white-sand beaches (like Rendezvous Bay, overlooking neighboring Saint Martin island), as well as secluded coves reached by boat, such as at Little Bay. After a day in the sun, hit up great restaurants, as well as a low-key nightlife with live music that spans from reggae to string bands. Crime is low — probably the lowest in the region.

Like with Turks and Caicos, The U.S. Department of State reports that Anguilla’s crime rate is relatively low. Frommer’s also states: “Anguilla is one of the safest destinations in the Caribbean, but you should still take standard precautions. Although crime is rare here, secure your valuables.” Still, it’s a great pick for those concerned with safety as the U.N. Office of Drugs and Crime listed Anguilla among the safest Caribbean islands.

Yet another British Overseas Territory, the Cayman Islands consist of three islands in the the Caribbean Sea, west of Jamaica, and include some of the Caribbean’s most beautiful beaches — as well as some of the world’s best scuba diving with notable spots like Bloody Bay Marine Park, Stingray City, and Keith Tibbetts shipwreck. Other attractions offer a lovely nature preserve, turtle farm, and forested hiking trail to the island’s undeveloped center. Cayman is also considered one of the richest islands in the world thanks in part to its banking industry — in fact, the islands have no direct taxation, making them an attractive location for incorporations.

TripAdvisor says that petty theft does occur on occasion, but it should not deter visitors from coming to Grand Cayman. Perhaps a bigger concern is the history of hurricanes during summer season. Meanwhile, The US Department of State says: “The Cayman Islands are a relatively safe place with little criminal activity affecting tourists. Robberies occasionally occur and we recommend you always keep your doors and windows locked.” The Department also notes that the islands have a very strict policy on firearms, helping to ensure the safety of residents and visitors.

The British Virgin Islands (a.k.a. the B.V.I.) is the name given to an archipelago of more than 60 islands, some of which are uninhabitable, with protected national parks, white-sand beaches, turquoise waters, and rainforests. This is a big boating destination where sailboats can make stops between the hubs of Tortola, a popular cruise ship port, and Virgin Gorda, where smaller boats can put down anchor and head for shops and restaurants in the village of Spanish Town.

Wikitravel reports that the B.V.I. has a much lower incidence of crime than many other Caribbean countries, and wandering about alone, even at night, is not considered particularly high risk. Another reason crime is low: Penalties for possession and supply of narcotics can be severe. The British Government says: “Although most visits to the B.V.I are trouble-free, serious incidents, including armed robbery, do occur. You should take sensible precautions against petty crime. Frommer’s states: “The British Virgin Islands are very safe. Crime is practically nonexistent on these islands. Minor robberies do occur on Tortola, with less trouble reported on Virgin Gorda.” So if you’re seeking the safest locale, we’d recommend spending the majority of your time on the latter.

The French territory of Martinique is somewhat of a secret gem, especially considering that it one of the Caribbean’s most cosmopolitan destinations for those who prioritize gourmet beach cuisine, live music, French fashions, and natural beauty in the way of white-sand beaches and tropical rain forests — not to mention a live volcano that looks over the harbor town of St-Pierre. Visitors can choose between big luxury resorts, stylish small hotels, or private luxury villas. Caribbean magazine editor Ed Wetschler told Yahoo Traveler: “[Martinique] is for sophisticated travelers who want not just beach. They want history and culture, geography, and cuisine…It helps if you can speak French.”

As for safety, Frommer’s states: “Crime is hardly rampant on Martinique, yet there are still those who prey on unsuspecting tourists. Follow the usual precautions, especially in Fort-de-France and in the tourist-hotel belt of Pointe du Bout. It’s wise to protect your valuables and never leave them unguarded on the beach.” The U.N. Office of Drugs and Crime also listed Martinique as one of the five safest islands in the Caribbean.

Find and Live Your Perfect Lifestyle Thanks To Online Coaching

Tips to Help You Choose the Best Marriage Celebrant

All About Fashion and Fashion Week