Home Travel Let’s stop pretending that travel is accessible to everyone. 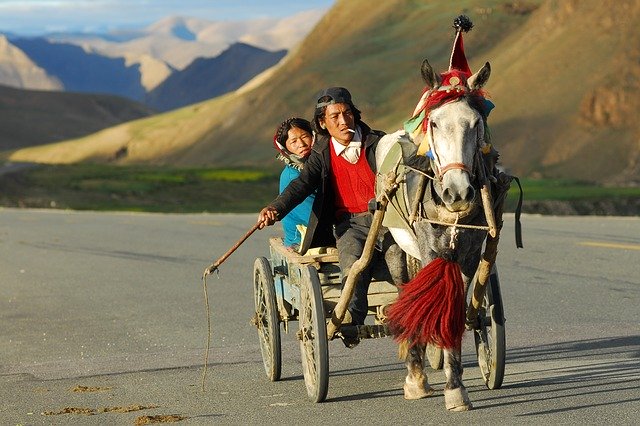 “JUST QUIT YOUR JOB and go traveling. You have nothing to be scared of,” a friend posted on Facebook on returning from a year abroad.  Another traveler friend shared a popular quote from St Augustine: “The world is a book and those who don’t travel only read one page.” The other day, an acquaintance told me he finds people who’ve traveled to be more pleasant than individuals who haven’t. “If you ask me,” he said, “everyone should spend at least one year traveling.”

There’s an implication here that people who don’t travel lack a sense of adventure, that they simply need to be braver and venture out into the world. But it’s patronizing – ignorant, even – to imply that this is the only thing keeping people from traveling. It isn’t. Here’s a few other things that hold people back:

1. When you don’t come from money, the idea of travel rarely ever crosses your mind.

I’ve traveled a fair bit now, but I grew up in a working-class home. When I was in school, the idea of traveling seemed like a pipe dream. My parents, grandparents, and siblings had never been on a plane before, let alone did they get the opportunity to visit other countries. When I went to a school tournament in another town, I barely managed to afford it – even though the trip was relatively cheap. Money-wise, traveling wasn’t something I thought I could do.

Maybe I seemed unadventurous to my more well-off friends. When friends and teachers asked if I wanted to travel one day, I always shrugged. I’ve always had a curiosity about the world, but it felt silly to entertain a dream that didn’t seem likely to come true.

I was able to travel overseas twice by donating my eggs. In this case, my airfare, accommodation, and other travel expenses were covered by the donor agency I used. While my primary goal was to help a family have a child, I was also motivated by the opportunity to travel to exciting places. I knew it would be years before I’d be in the financial position to take those trips myself.

2. “Traveling on a budget” doesn’t always cut it.

At this point, you might point me to a guide on how to travel on a budget. For sure, some of those money-saving tips are super useful – but they seldom cover airfare, passports, and other unavoidable costs. They also don’t account for the money you lose out on when you take time off work to travel.

It’s not just having a lack of cash on hand that can prevent you from traveling. For working-class people with families to support, deciding to travel will affect more than just one individual. It would be easier to quit your job and travel for a year if you knew your family had a stable home and source of income.

3. The ability to travel depends on your level of privilege.

Having a disability, whether physical or mental, can make it incredibly hard to visit new places. As someone with a mental illness and chronic pain, I’ve encountered several struggles with travel. Still, I know I’m one of the lucky ones since many people have disabilities and illnesses more debilitating than my own.

Travel can also be more difficult if you’re queer. I would love to put work on hold and travel around my country, but even if I was in the financial position to do that, would I be safe as a queer woman? If I wanted to travel with a partner, would I be able to guarantee our safety and peace-of-mind? Truthfully, heterosexism is still a reality in many places around the world – which means there are very few places where I’d feel safe.

As a cisgender person, traveling is still easier for me than it is for trans people: it’s easy for me to get travel documents, like passports, that reflect my gender accurately. I’m more likely to feel safe, and no transphobic bigotry will ever be directed at me.

And of course, I’m white. My white privilege means that I’m not ever going to be confronted with a system that constantly criminalizes me, making it difficult for me to travel. On planes and in airports, nobody assumes that I’m violent, a criminal, or a terrorist. When entering countries, nobody assumes I’m trying to illegally immigrate there. In foreign spaces, my foreign-ness is seen as interesting and not weird or odd.

As much as I love my community of travelers, we really need to accept that traveling is not accessible to everyone. We need to stop shaming those who don’t travel, and instead acknowledge that often our privilege is what enables us to see the world. If we’re passionate about urging other people to travel, we need to first work at making travel a realistic option for anyone who wants to do it.