Home Culture A Successful Organizational Marriage: Cultural Integration is the Secret to a Successful... 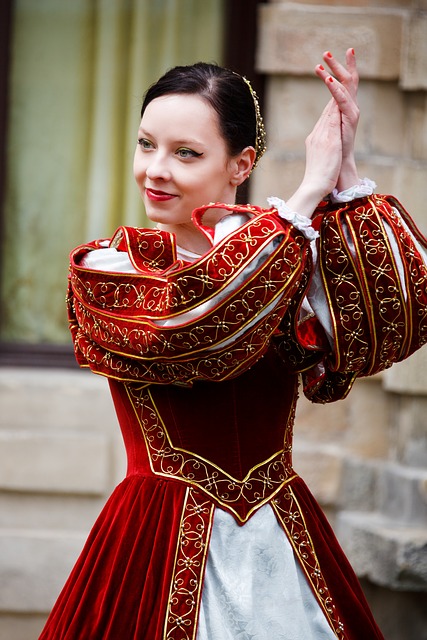 Mergers and acquisitions (M&As) are a significant activity for many organizations. Yet most mergers are not successful, primarily because the “merger of two organizations is actually a merger of individuals and groups.” Buono and Bowditch, authors of The Human Side of Mergers and Acquisitions: Managing Collisions Between People, Cultures, and Organizations.

A merger means that two previously separate organizations are combined into a third new entity. An acquisition involves the purchase of one organization by the new parent firm. M&A activity is characterized in the academic literature as an “organizational marriage,” complete with courtship. Cultural integration is often linked to a metaphor of a family where a parent who has departed is replaced by a step-parent. These relationship and familial metaphors illustrate the significant impact M&A activity can have on organizational life and its members.

Companies initiate M&As for numerous business objectives, ranging from achieving market entry to gaining proprietary technology. Companies that want to expand strive to acquire businesses that enhance their product portfolio and secure additional employees with specialized skills. But too many enter into M&A activity without recognizing the impact on the organization and the overall impact on the human element within the two merging companies. M&A activities that are improperly managed can result in lost revenue, customer dissatisfaction, and employee attrition.

Honor is their Due

The traditional M&A approach has included financial and legal evaluations of the acquisition target with little attention paid to the people and culture. Successful M&A strategies acknowledge and honor the importance of organizational culture as a critical element in the long-term integration success.

Cultural compatibility can have significant impact on the ultimate success of M&A activity. A number of credible cultural assessment tools, such as culture surveys and facilitated focus groups, are available and should be utilized. As Dr. Edgar Schein points out, the challenge of assessing an organization’s culture “is more a matter of surfacing assumptions, which will be recognizable once they have been uncovered.” Identifying cultural compatibility on such core values as corporate ethics and quality are important considerations in the assessment of the M&A. The impact of not assessing the degree of cultural similarity might have significant consequences for the combined firm, as cultural tensions and clashes between merging organizations are a common cause of combination related difficulties (Buono and Bowditch).

Cultural Integration is one aspect of the integration process that is often overlooked. It’s necessary to initiate cultural assessment during due diligence This cultural due diligence assessment should be made before the deal is finalized, to avoid culture clashes that diminish the potential of the deal.

Placing Cultural Due Diligence on the M&A Agenda

Executives who worked on a high-profile computer-technology merger participated in cultural due diligence activities. They made the results from their culture surveys available as the selection process for executives of the combined firm began, and the survey results became a component of the selection process. They also introduced “fast-start” workshops to welcome the thousands of new employees to the acquiring company, and articulated the approach to working together.

Unfortunately, because M&A practitioners often fail to link integration with pre-combination activities such as due diligence, they neglect questions of organizational fit in the early stages of acquisition analysis.

When the management of a company decides to merge with or acquire another company, it checks the financial strength, market position, management strength, and other health indicators of the other company. Rarely checked, however, are the “cultural” aspects: the company’s philosophy or style, its technological origins which might provide clues to its basic assumptions, and its beliefs about its mission and future. (Schein, 1997, pp. 268-269)

The greatest barrier to successful integration is cultural incompatibility. According to Edgar Schein, “The poor performance of many mergers, acquisitions, and joint ventures can often be explained by the failure to understand the depth of cultural misunderstanding that may be present.” Research on cultural factors is the least likely to be undertaken as part of due diligence.

Integration planning, which takes cultural factors into account, should coincide with the initiation of due diligence. When these two are strongly linked, new corporate knowledge can facilitate consolidation.

Four-Step Approach to Cultural Due Diligence

Researchers have identified the following steps for conducting cultural due diligence:

3.Have the due diligence teams collect data on culture.

4.Use tools to assess potential culture fit and issues.

How companies choose to deploy this model depends on their own structure and culture. Acquirers are encouraged to operate under the assumption that cultural differences exist, and they must actively work to manage these differences throughout the integration process. Companies are also encouraged to create joint projects that allow the teams to build success together. One large telecom company that actively engaged in M&A activity, tasked one of its HR professionals with strengthening the company’s acquisition process by educating executives and due diligence teams on culture.

According to academic and business thought-leader John Kotter, “The biggest chore associated with an acquisition of any size is to merge the two (or perhaps more) different cultures. If this part of the transformation is ignored or handled poorly, problems will surface for years, maybe decades.”
The importance of an organization’s culture, particularly as a risk factor in M&A integration, cannot be underestimated. Researchers at Harvard Business School found that firms that managed their culture realized a nearly seven-fold increase in revenue, compared with a 166% increase for firms that did not manage culture.

Yet specific, focused efforts to integrate different cultures and workforces remain the exception rather than the norm in M&A activity. Poor cultural compatibility continues to be cited as a factor in M&A failure. Cultural signs of the so-called “merger syndrome” include a “we versus they relationship, with a natural tendency for people to exaggerate the differences rather than the similarities between the two companies.” (Marks & Mirvis, 1998)

The key to a successful Done Deal, is selecting a culturally appropriate model of integration.

A more detailed definition of organizational culture comes from Dr. Edgar Schein, who defines it as the pattern of basic assumptions a given group has invented, discovered, or developed while learning to cope with external adaptation and internal integration challenges. The assumptions, says Schein, should “be taught to new members as the correct way to perceive, think, and feel in relation to those problems.”

7+ Steps to Shifting Culture in Your Organization

Everything You Need to Know About Corporate Event Entertainment

What Makes a Good Celebration Cake?